Helping to Make the Dirt Go Away

Dr. Bill Stewart has long been interested in what he calls “place making,” the transformation of environments into desirable places that promote health, happiness, and well-being. His research has focused on rural areas and public parks, including studies of park development on a former landfill and prairie restoration on the site of an army ammunition plant.

A professor in the Department of Recreation, Sport and Tourism, Dr. Stewart recently shifted his focus to place making in an urban setting. Funded by a grant from the US Department of Agriculture’s Forest Service, he has been assessing the effects of a vacant land redevelopment program in Chicago. Along with colleagues Paul Gobster, a research landscape architect with the Forest Service’s Northern Research Station, and RST colleague Dr. Carena Van Riper, Dr. Stewart is identifying both the benefits and challenges of Chicago’s Large Lot Program, a neighborhood stabilization initiative that is part of the city’s Green Healthy Neighborhoods Plan.

Chicago has more than 20,000 vacant lots. They can become magnets for trash and crime, making neighborhood residents feel less safe and more disconnected from each other. 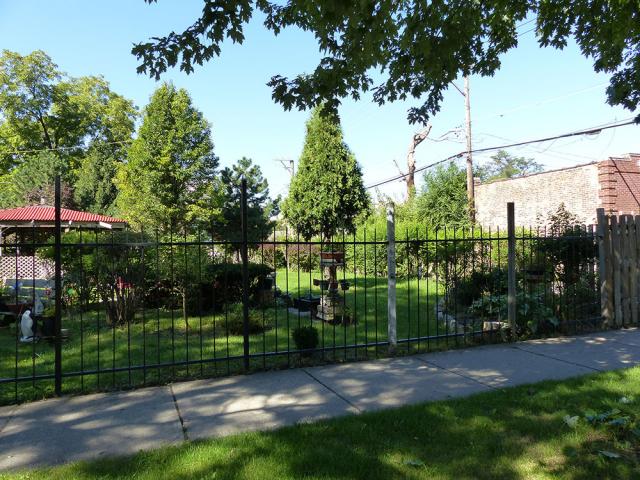 Under the terms of the program, residents who own property in the neighborhood may apply to purchase up to two vacant lots on the same block for $1 per lot. If the lot is not adjacent to their primary property, they must put a fence around it. They must keep the property groomed, pay taxes on it during their years of ownership, and retain ownership for at least five years. They may build on the lots, use them for private or community gardening or socializing, convert them into neighborhood playgrounds, and so on.

The initial offering of the vacant lots in 2014 focused on the Englewood, Woodlawn, and East Garfield Park neighborhoods on Chicago’s south and west sides. In the fall of 2015, Dr. Stewart and his colleagues began collecting data on environmental and social impacts of the program in these neighborhoods.

In an environmental assessment that compared lots before and after purchase, the researchers found that 40 percent of lot owners made changes in the first season, including cleaning up trash, mowing the grass, installing fences and signs, developing social and play areas, and planting flowers, vegetables, trees, and shrubs. Some residents had been maintaining the vacant lots for years before purchasing them, a phenomenon known as “guerilla gardening.” The Large Lot Program, however, provides lot owners with the incentive to do more than simply maintain the property.

The social assessment began with focus groups of residents who had purchased lots in the initial offering. Participants discussed what they were doing with their lots, problems they’d encountered, and impacts of lot development on social interaction.

“From the focus groups, we developed a questionnaire that reflected the experiences and language that residents’ used to describe their large lot activity and impacts,” Dr. Stewart said. In the summer of 2016, everyone who purchased a lot in the initial offering received the questionnaire, which had a remarkable response rate of 71 percent. 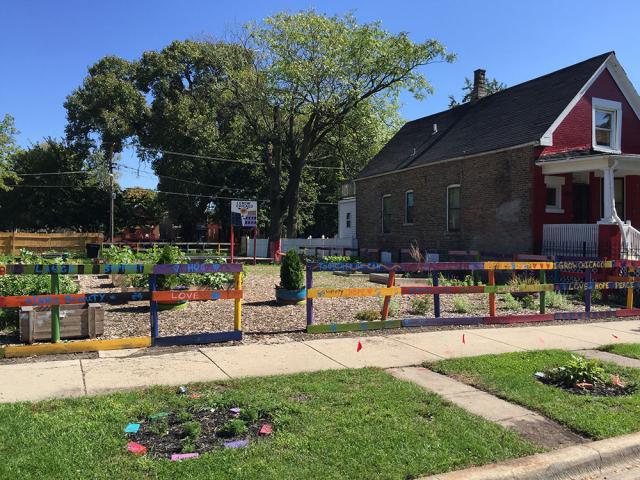 The researchers’ initial report to city officials noted that prior to lot ownership, undesirable street activity included public urination, drug activity, prostitution, illegal parking, and dumping. After ownership, residents reported increased social activity and changes in street activity. One resident said, “If people know the lot is vacant then they will do dirt in the lot. Ownership helps to make the dirt go away.” Residents experienced an increased sense of belonging and ownership of the neighborhood, as reflected in the comment, “A large lot is a great investment. It allows us to tell our own story, and it is a story so unlike the ones being told about Englewood.”

The greatest impact, however, may be on the social fabric of the neighborhood. As one resident observed, “What a powerful difference the lot has made on the block. It’s about beautification where people know that good things are possible, and it has changed the culture. The lot belongs to people who use it and they treat it like it’s theirs. People look out for one another now.”

What they do with the findings

The researchers are working closely with Chicago’s Department of Planning and Development and neighborhood associations.  The city has expanded the Large Lot Program into several other neighborhoods.  After working primarily in rural areas for nearly 30 years, Dr. Stewart says his experience with urban place-making has exposed him to a whole new literature, and he’s been learning a great deal from urban policy makers, his colleagues, and the residents themselves. “Their commitment to their neighborhoods is so sincere and their enthusiasm is contagious,” he said. “The experience has been both heartwarming and inspiring, and I’m looking forward to extending my work in this area.”