Renovating for the Future

Projects in Freer Hall and the Speech and will create new classroom, research, and administrative space.

Conducting 21st century research and instruction in 20th century space can be challenging. Architects designing buildings 40 to 100 years ago could never have imagined the scope of the investigations in which faculty would be engaged, from the macro to the molecular level. Nor could they have predicted with any accuracy how departments would grow and change over the years.

Take the Women’s Gymnasium, for example.

Built in the early 1930s, what is now known as Freer Hall provided expanded facilities for the women’s physical education department, which had outgrown its space in the Woman’s Building (now the ). The last of 11 Georgian-style buildings on the Urbana-Champaign campus designed by renowned architect Charles Platt, the Women’s Gymnasium housed administrative offices, classrooms, and gymnasium spaces that were used for recreation, intramural sport competitions, and physical education research. Louise Freer, the women's physical education director for whom the building was later renamed, added a lounge area in 1932 to provide a social space in the building.

The original design called for wings on both ends of the building, with the north wing housing a swimming pool. Funding was exhausted before the wings could be constructed, but the original vision was partially fulfilled in 1968 when a pool wing was added on the north end of the building. Administered by Campus Recreation, the pool served as the home venue for the Illinois Fighting Illini women's swimming and diving team during renovations to the Intramural Physical Education Building, now known as the Activities and Recreation Center (ARC).

Between 2005 and 2011, two renovation projects converted the north and south gyms on the third floor into office and research space. Ten offices and an exercise science laboratory were carved out of the north gym space, while the south gym became facilities for research on neurocognitive kinesiology and the neuroscience of dance in health and disability. By this time, the women’s swimming and diving team had returned to the ARC, and with outstanding pool facilities existing in both that building and the Campus Recreation Center East, the College lobbied successfully to take ownership of the Freer Hall pool. 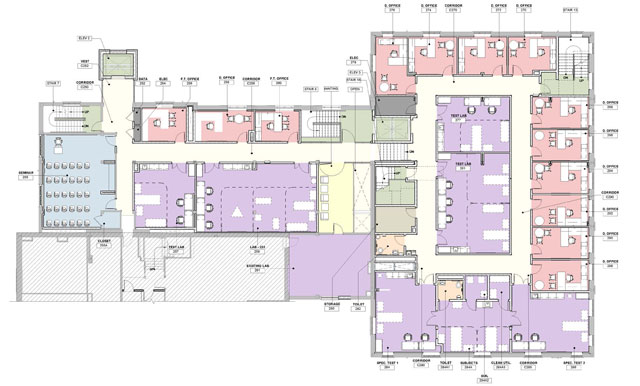 The vision for the north wing renovation was ambitious: to convert nearly 48,000 square feet gained by filling in the pool and removing lockers and showers into modern, collaborative research and teaching space. In January 2015, the University of Illinois Board of Trustees approved campus funding for the College’s plan to renovate the north wing “to develop needed spaces that directly support the long-range vision for the Department of Kinesiology and Community Health and the at Urbana-Champaign.”

The pool infill renovation is the most comprehensive building project undertaken by the College to date. It includes modifications that will bring the building into compliance with the American with Disabilities Act, including the addition of an elevator that will give access to the fourth floor, previously unreachable by individuals with disabilities. (A new ADA-compliant entrance on the south side of Freer Hall was completed in 2018.) Half of the fourth floor will house new mechanical systems, including central air conditioning, while the other half will contain office space for visiting faculty and postdoctoral scholars.

The highlight of the renovation is the multipurpose testing and research facility that will occupy the first floor of the former pool wing. Described as an “historic renovation” by Dr. Amy Woods, head of the Department of Kinesiology and Community Health, the project will significantly enhance the department’s teaching, research, and outreach missions.

“This new space will include office and conference rooms, a large lifestyle intervention center including areas for blood collection and nutrition studies, a laboratory for motion capture, an exercise physiology wet lab, and other labs for kinesiology research,” she said. “The laboratories in this new space will be shared resources that facilitate multiple research studies as well as faculty and student interactions.” The space also will house a state-of-the-art video production facility for online classes. The comprehensive $20 million project has not been without its challenges, but is expected to be completed during the Fall 2019 semester. 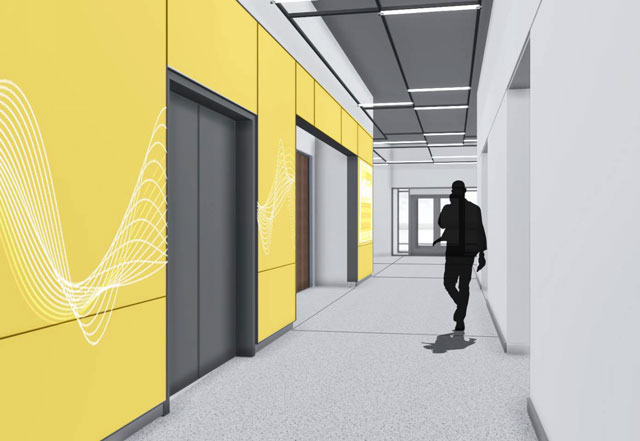 Also slated for completion this year is a $2.4 million renovation of the Speech and , built in the mid-1970s.

Originally conceived as a half-million dollar project to increase research space on the second floor, the College was able to expand the scope of the renovation through a campus initiative to repurpose underused facilities. Bill Goodman, former associate dean in AHS who is now a special assistant to Dean Cheryl Hanley-Maxwell, said the initial plan was to convert small rooms that had served as assessment rooms for the Speech-Language Pathology Clinic into usable space.

“The assessment rooms were rendered obsolete when the clinic moved to the area south of campus,” he said. “Our plan was to combine several of these smaller rooms into space that would be suitable for faculty research.” 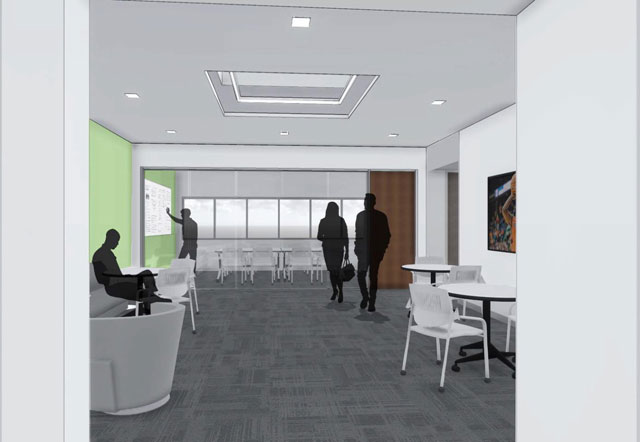 The larger project will renovate more than 5,000 square feet on the second and first floors of the building, not only to provide for better research and teaching facilities but also to create a friendlier, more welcoming image for the Department of Speech and Hearing Science.

“You really had to hunt for the department’s administrative offices,” Mr. Goodman said. “The building didn’t have a very friendly or welcoming environment.”

“The renovations will provide much-needed additional laboratory and student work space,” she said. “It also will give us enhanced meeting spaces of varying sizes that can be used for student seminars, research presentations, and large faculty meetings.”

Dr. Kirk also is excited about the relocation of administrative offices to the first floor, which will increase both the perceived and actual accessibility of SHS, and about the increased functionality and attractiveness of lobby areas on the first and second floors, which are used for student orientations, prospective student visits, and graduation receptions.

Also moved from the Speech and to allow for renovations was the of , which now shares space with the Speech-Language Pathology Clinic in . That move is a permanent one, Dr. Kirk said, and will allow the department to provide integrated services to clients across the lifespan. And, she added, “Our clients are pleased with the free parking on site.”