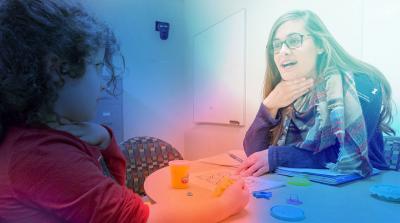 Promote effective communication, a human right, through research and clinical practice. Prepare for a career that improves lives.

The program of study in Speech and Hearing Science offers a broad background in the biological, behavioral, linguistic, and social foundations of human communication and communication disorders.

This major prepares students for careers or graduate education in many fields.

Alumni in the Workforce